There are at least 5 methods of siloxane removal from biogas which have been used. This remarkable range of methods is described below. First, we will define what siloxane is and explain why it needs to be removed:

Siloxane removal from biogas is imperative to guarantee a consistent performance of frequently used machinery.

Machinery like combustion engines, boilers, gas turbines, etc. will suffer heavy wear if the siloxanes are not removed to prevent hard siloxane build-up. Deposits of silica or silicates can cause these machines to wear out rapidly, apart from imbalances, fouling and other problems.

Siloxanes are chemical compounds that can be found in products such as cosmetics, deodorants, water repellent windshield coatings, food additives and some soaps. They are often used to smooth or soften cosmetic products, or as a chemical building block for silicone-based rubbers and oils. A well-known siloxane application is without any doubt the so-called “siloxane sealer”. This is a water-based sprayable liquid, used to waterproof concrete or brick walls in general.

A siloxane is any chemical compound composed of units in the form of R2SiO (R = H or HC group).

Silicones are macromolecules containing a polymer backbone of alternating silicon and oxygen atoms with organic side groups. These are such as methyl, phenyl or vinyl, attached to silicon. The word siloxane is derived from the words silicon, oxygen, and alkane. Siloxanes are volatile, liquid compounds and tend to be quite persistent in their environments. via desotec.com

Activated carbon is widely used to remove organic substances from gases and liquids. That's because it has excellent adsorbent properties and a large surface area.

A proprietary gas filtration process has been devised based upon the catalytic oxidizers. This method has been used on 50 MW gas turbines which were degrading rapidly from silica fouling.

The FMG process consists of a series of adsorber vessels containing polymorphous porous graphite (PPG), which is a specialized form of activated carbon.

Each bed is used in rotation before it requires regeneration, which takes place off-site.

We understand that the process uses SAGTM technology (segmented activity gradient) developed by Applied Sorbent Technologies (AST) of Bellevue, WA. They were at one time (2012) part of Applied Filter Technology, AFT [Broken Link removed 2019]. A web search (March 2019) failed to find this company so they may no longer be trading.

We note that DESOTEC's solutions for biogas purification include siloxane removal for the filtered medium as well. High-quality, non-impregnated activated carbon is used as an adsorption agent in the siloxane removal process (also suited for VOC removal). Therefore, DESOTEC appears to be offering Activated Carbon systems to remove siloxane from biogas at desotec.com

Siloxane contaminants are in theory removed by passing biogas through a bed containing activated alumina, which absorbs the siloxanes. The alumina eventually reaches saturation.

An internet site reference reports that a system containing two or more beds of activated alumina can use one bed to remove siloxanes from biogas, while one or more of the other beds are being regenerated.

3. Siloxane Removal from Biogas: Refrigeration with Condensation in Combination

Condensation can be used to preferentially remove selected compounds by lowering the temperature or pressure of the gas and letting the compound condense to a liquid form so it can settle out. Condensing can be achieved by either refrigeration or through de-pressurization of a pressurized system.

The City of Dayton WWTP in the US, is reported installed a three stage condenser to remove siloxanes and various other deleterious substances. The condenser has been described as successful.

A system available includes a dual-swing bed adsorption skid, followed by a multi-bed activated carbon skid. Both systems are regenerated on-site either using waste heat (via inert tail-gas), or via low watt density electric heating elements. For high BTU gas plant applications, regeneration using heated tailgas (from a TOU heat exchanger as an example) is the preferred method. However, for IC engine or turbine plants, no such inert tailgas stream exists.

As such, a combination of cleaned LFG gas (slip stream) and electric heating elements provide the regeneration for the off-line vessels.

Venture Engineering and Construction offer siloxane removal systems. Venture’s skid mounted gas conditioning system has been designed primarily to consistently remove siloxanes from biogas to levels acceptable for combustion or to meet a pipeline specification. In addition to siloxanes removal, Venture’s gas conditioning system will also reduce the levels of other contaminants such as hydrogen sulfide and halogenated organics, which has a tremendous benefit on downstream operations, as discussed below.

The basic system includes a dual-swing bed adsorption skid, followed by a multi-bed activated carbon skid. Both systems are regenerated on-site either using waste heat (via inert tail-gas), or via low watt density electric heating elements. For high BTU gas plant applications, regeneration using heated tailgas (from a TOU heat exchanger as an example) is the preferred method. However, for IC engine or turbine plants, no such inert tailgas stream exists.

As such, a combination of cleaned LFG gas (slip stream) and electric heating elements provide the regeneration for the off-line vessels…

Venture’s skid mounted gas conditioning system has been designed primarily to consistently remove siloxanes from biogas to levels acceptable for combustion or to meet a pipeline specification. In addition to siloxanes removal, Venture’s gas conditioning system will also reduce the levels of other contaminants such as hydrogen sulfide and halogenated organics, which has a tremendous benefit on downstream operations, as discussed below. via ventureengr.com

Synthetic resins, like activated carbon, can remove VMSs through adsorption onto their surface. They have surface area densities (i.e., surface area to mass ratio) equivalent to activated carbon. And. can be specially formulated to remove specific classes of compounds.

A pilot scale project, has been reported as having been designed by American Purification, Inc., of Newport Beach, CA. It was a regenerative vapor recovery system using a polymeric adsorbent. The pilot unit processed 50 cfm of gas, and reported removal of siloxane compounds to non-detectable levels.

According to American Purification, regeneration of a full scale unit is accomplished using microwave technology. The regeneration is completed in a vacuum under a nitrogen blanket and into a condensation system to simplify disposal. 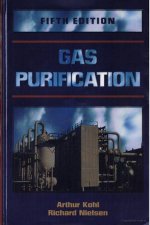 Liquid absorbants are reported to have been used in at least seven installations in Europe to remove organics and siloxane from landfill gas. In the US, liquid absorption is also being it is reported, being used by a handful of landfill operators to treat biogas prior to use in combustion devices such as gas turbines.

One is called SELEXOL as manufactured by Union Carbide. SELEXOL is designed to provide not only siloxane removal but also CO2, H2S, COS, mercaptan, and BTEX removal from biogas.

Ecogas, Inc. a division of Getty Synthetic Fuels, is thought to have developed a system using the Union Carbide product.

Their system is reported to use SELEXOL in conjunction with a condenser and activated carbon. Reported removal efficiencies are high, and the method may be suitable for use for higher purification of biogas for upstream utilization.

A project has reportedly been completed in New York state to remove CO2 and organics from digester gas.

There is no doubt potential for membrane use, but first the question of acid deterioration from the acidic content that is usually seen in biogas, will need to be resolved.

Estimates state that in US there are around 500 landfill gas plants either currently in operation or soon to go online. These plants, along with other opportunities in wastewater treatment and agricultural sites, may present a viable domestic opportunity for biogas related technologies.

Within this market, the primary criterion for a biogas cleaning technology is efficacy. For instance the ability to remove siloxanes to a level where the biogas is no longer a danger to use in delicate motors. Ideally, this would be below the 100 parts-per-billion range.

Other desired characteristics include ease-of-use (the ability for a technology to be dropped into an existing biogas production process). This being without extensive engineering, with ease-of-handing, and cost-effectiveness. via environmentalleader.com

We have further information on trace components in landfill gas on the following page: Click here

More Information About Biogas Siloxane Siloxane and Landfill Gas The elimination of VOCs and siloxanes is an important aspect of the LFG conditioning process for any vehicle fuel or pipeline injection project Engines turbines and...

In a rush? Want to download this page as a pdf file, for future reference? If so, just tell us below, where to send it. This is a free service for all our readers.

This site uses Akismet to reduce spam. Learn how your comment data is processed.

LFG Systems Designers and Contractors – Check Out Our eBook!

Our eBook "An Introduction to Landfill Gas Extraction" is a unique publication which gives an explanation of how to design and install landfill gas extraction systems on containment landfills. Find out more here.

Do you need professional advice for your project? Use our Contact Form to ask for a free quotation for our services.

From Landfill Gas to Energy: Technologies and Challenges